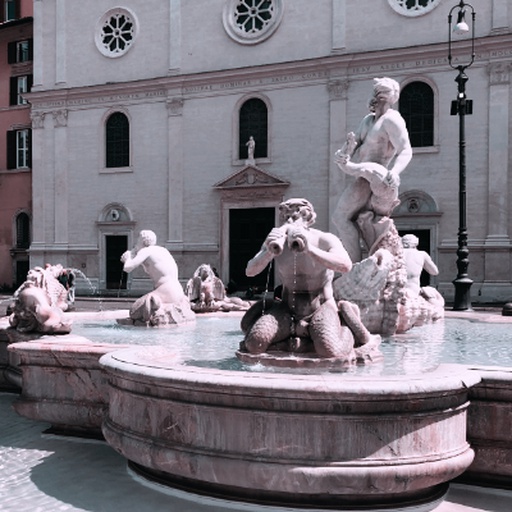 
The Moor Fountain is a fountain located at the southern end of the Piazza Navona in Rome, Italy. It represents a Moor, or African (perhaps originally meant to be Neptune), standing in a conch shell, wrestling with a dolphin, surrounded by four Tritons. It is placed in a basin of rose-colored marble.

The fountain was originally designed by Giacomo della Porta in 1575 with the dolphin and four Tritons. 16th-century artists including Gillis van den Vliete, Taddeo Landini, Simone Moschini and Giacobbe Silla Longhi sculpted the tritons, dragons and masks after the designs of della Porta. In 1653, the statue of the Moor, by Gian Lorenzo Bernini, was added. In 1874, during a restoration of the fountain, the original statues were moved to the Galleria Borghese and replaced with copies by Luigi Amici.

In September 2011, the fountain was damaged after a vandal attacked it with a hammer. The vandal also damaged the Trevi Fountain that night.