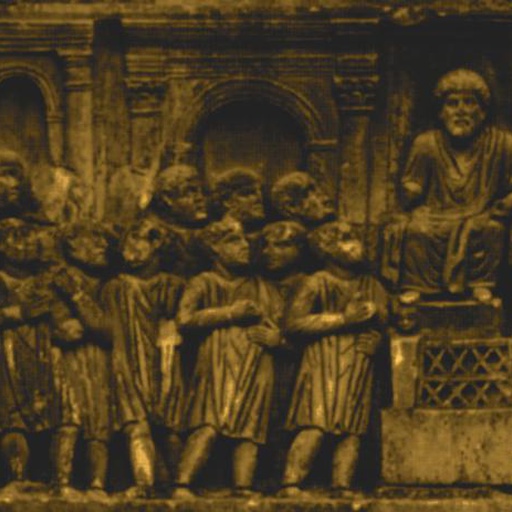 
The Arch of Tiberius was a triumphal arch build in 16 CE in the Roman Forum next to the Temple of Saturn to celebrate the successful military campaign against Germanic tribes lead by the Roman general Germanicus, nephew and adoptive son of the emperor Tiberius.

When Germanicus died, three years later, some speculated that the emperor Tiberius himself had plotted to poison him, envious and afraid of the young general’s success and growing popularity.

The foundations of the arch have been identified in the Forum but no trace of the structure is visible nowadays. It is mentioned in literary sources and depicted in a relief on the Arch of Constantine (see picture).