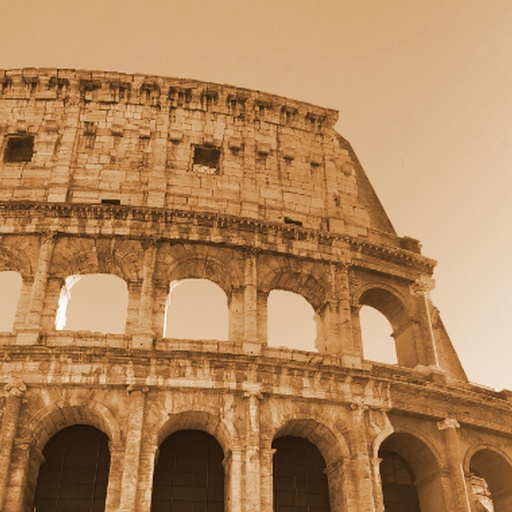 
The Flavian Amphitheatre, more commonly known as the Colosseum, stands in the archaeological heart of Rome and welcomes large numbers of visitors daily, attracted by the fascination of its history and its complex architecture.

The building became known as the Colosseum because of a colossal statue that stood nearby. It was built in the 1st century CE at the behest of the emperors of the Flavian dynasty. Until the end of the ancient period, it was used to present spectacles of great popular appeal, such as animal hunts and gladiatorial games. The building was, and still remains today, a spectacle in itself. It is the largest amphitheatre in the world, capable of presenting surprisingly complex stage machinery, as well as services for spectators.

A symbol of the splendour of the empire, the Amphitheatre has changed its appearance and its function over the centuries, presenting itself as a structured space but open to the Roman community.

In 438, with the abolition of the gladiatorial games by order of Valentinian III, the amphitheatre underwent a slow and steady decline. In the Middle Ages and Renaissance it even became a quarry for building materials, part of it being used for the construction of St. Peter’s Basilica, and a shelter for animals and containing craft workshops and houses, while it was also Christianised over a long lapse of time. After the Romantic period, when the charms of the ruin attracted writers and artists, it soon became a place of systematic excavations and restoration work.

Today the Amphitheatre is a monument to works of art and human ingenuity that have survived the centuries. It still appears as a welcoming and dynamic structure, offering a broad panorama of its interior spaces as well as striking views of the city when you gaze out from the external arches.

Periodically it hosts temporary exhibitions related to the themes of antiquity and its relationship with contemporary life, as well as modern spectacles. The significance of these events and experiences has made the Amphitheatre a place that is renewed every day, rich in significance for all and capable of telling stories that will interest everyone.