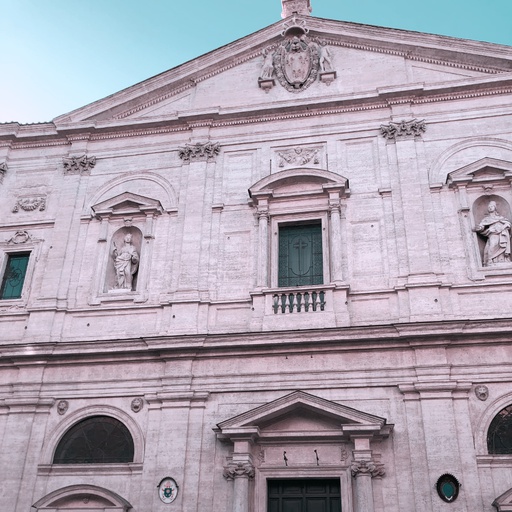 Church of St. Louis of the French


The Church of St. Louis of the French (Italian: San Luigi dei Francesi, French: Saint Louis des Français, Latin: S. Ludovici Francorum de Urbe) is a Roman Catholic church in Rome, not far from Piazza Navona. The church is dedicated to the Virgin Mary, to St. Denis the Areopagite and St. Louis IX, king of France. The church was designed by Giacomo della Porta and built by Domenico Fontana between 1518 and 1589, and completed through the personal intervention of Catherine de' Medici, who donated to it some property in the area. It is the national church in Rome of France.

It is a titular church. The current Cardinal-Priest of the title is André Vingt-Trois, former Archbishop of Paris.

When the Saracens burned the Abbey of Farfa in 898, a group of refugees settled in Rome.[5] Some monks remained in Rome even after their abbot Ratfredus (934–936) rebuilt the abbey. By the end of the tenth century, the Abbey of Farfa owned in Rome churches, houses, windmills and vineyards. A bull of Holy Roman Emperor Otto III in 998 confirms the property of three churches:[6] Santa Maria, San Benedetto and the oratorio of San Salvatore. When they ceded their property to the Medici family in 1480, the church of Santa Maria became the church of Saint Louis of the French. Cardinal Giulio di Giuliano de' Medici commissioned Jean de Chenevières to build a church for the French community in 1518.

Chenevières' design was for an octagonal, centrally planned edifice.[8] Building was halted when Rome was sacked in 1527, and the church was finally completed in 1589 by Domenico Fontana and Giacomo della Porta, who designed the façade, according to an entirely different design. The church was consecrated by the Cardinal François de Joyeuse, Protector of France before the Holy See, on 8 October 1589.[9] The interior was restored by Antoine Dérizet between 1749 and 1756.

The foundation Pieux Etablissements de la France à Rome et à Lorette is responsible for the five French churches in Rome and apartment buildings in Rome and in Loreto. The foundation is governed by an "administrative deputy" named by the French Ambassador to the Holy See.