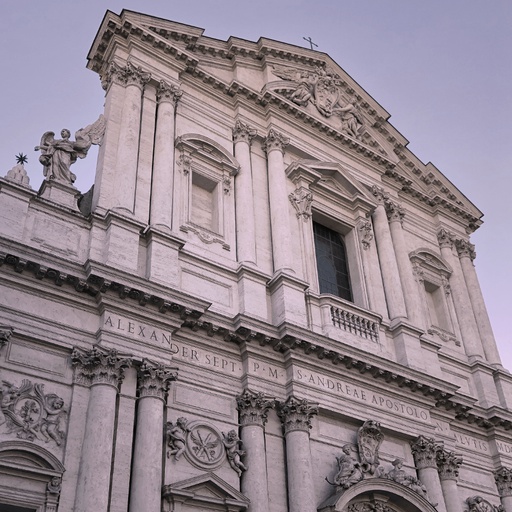 
Sant'Andrea della Valle is a minor basilica in the rione of Sant'Eustachio of the city of Rome, Italy. The basilica is the general seat for the religious order of the Theatines. It is located at Piazza Vidoni, 6 at the intersection of Corso Vittorio Emanuele (facing facade) and Corso Rinascimento.

A church was initially planned when, in 1582, Donna Costanza Piccolomini d'Aragona, duchess of Amalfi and descendant of the family of Pope Pius II, bequeathed her palace and the adjacent church of San Sebastiano in central Rome to the Theatine order for construction of a new church. Since Amalfi's patron was Saint Andrew, the church was planned in his honor. Work initially started around 1590 under the designs of Giacomo della Porta and Pier Paolo Olivieri, and under the patronage of Cardinal Gesualdo. With the previous patron's death, direction of the church passed to Cardinal Alessandro Peretti di Montalto, nephew of Pope Sixtus V. Work restarted by 1608, financed by what was then an enormous endowment of over 150,000 gold scudi, and with a more grandiose plan designed mainly by Carlo Maderno. The interior of the church was completed by 1650, with some changes added by Francesco Grimaldi.