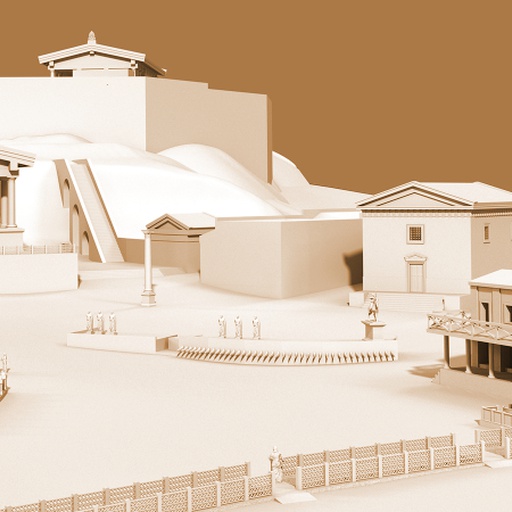 
The Comitium (Italian: Comizio) was the original open-air public meeting space of Ancient Rome, and had major religious and prophetic significance. The name comes from the Latin word for "assembly". The Comitium location at the northwest corner of the Roman Forum was later lost in the city's growth and development, but was rediscovered and excavated by archaeologists at the turn of the twentieth century. Some of Rome's earliest monuments; including the speaking platform known as the Rostra, the Columna Maenia, the Graecostasis and the Tabula Valeria were part of or associated with the Comitium.

The Comitium was the location for much of the political and judicial activity of Rome. It was the meeting place of the Curiate Assembly, the earliest Popular assembly of organised voting divisions of the Republic. Later, during the Roman Republic, the Tribal Assembly and Plebeian Assembly met there. The Comitium was in front of the meeting house of the Roman Senate – the still-existing Curia Julia and its predecessor, the Curia Hostilia. The Curia Julia is associated with the Comitium by both Livy and Cicero.

Most Roman cities had a similar comitium for public meetings (L. contiones) or assemblies for election], councils and tribunals. As part of the forum, where temples, commerce, judicial, and city buildings were located, the comitium was the center of political activity. Romans tended to organize their needs into specific locations within the city. As the city grew, the larger Comitia Centuriata met on the Campus Martius, outside the city walls. The comitium remained of importance for formal elections of some magistrates; however, as their importance decayed after the end of the republic, so did the importance of the comitium.