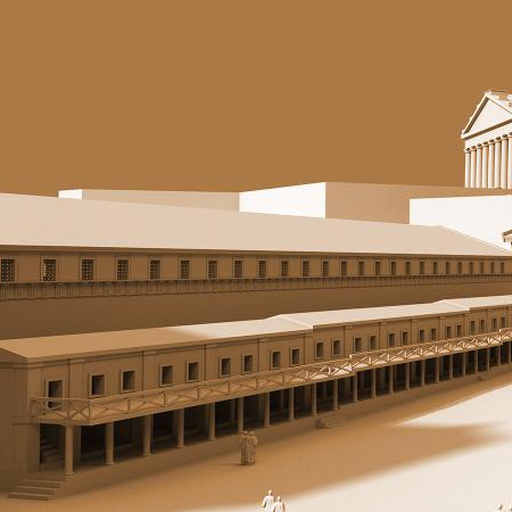 
The Basilica Sempronia was a structure in the Roman Forum during the Republican period.It was one of four basilicas to make up the original Roman Forum alongside the Basilica Porcia, Basilica Aemilia, and Basilica Opimia, and was the third built. Although excavations have revealed remains of the basilica as well as the structures that originally stood in its place, none of them are visible from the Roman Forum.

The Basilica Sempronia was built in 169 BC by Tiberius Sempronius Gracchus, a Roman political figure who was chosen censor at the time of the basilica's creation. It was built over an area that once held the house of Scipio Africanus and a variety of shops, leading the belief that the land once owned by Scipio was inherited by Tiberius in 184 BC upon Scipio's death, as Tiberius was married to his daughter, Cornelia Africana.

In 54 BC, the Basilica Sempronia was demolished by Julius Caesar in order to build his Basilica Julia.