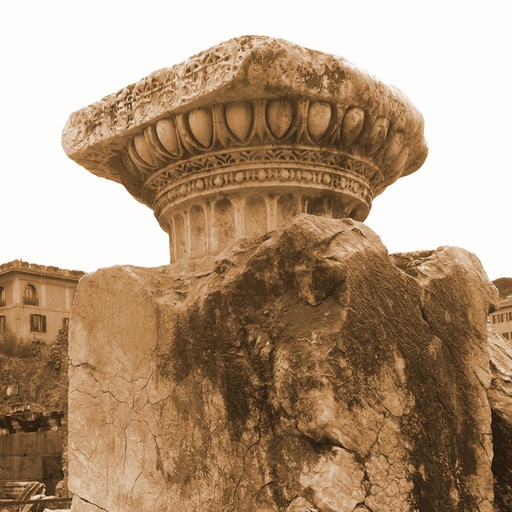 
In the long history of the Roman Parthian wars, the battle on 9 June 53 BC at Carrhae in eastern Mesopotamia (contemporary Harran in Turkey) was a bitter defeat for the Roman army commanded by Marcus Licinius Crassus.

Twenty thousand soldiers died, many were taken prisoner, and the military standards were consigned to the enemy. In the years following this shameful defeat, the need to avenge the military honour of Rome was strongly felt. But Julius Caesar was killed just before the start of the campaign he was organizing against the Parthians, while Mark Antony, who took up the project of avenging Rome and widening her boundaries in the east, failed in the enterprise. It was not until 20 BC that return of the standards and the surviving prisoners was obtained. This was achieved by Octavian, subsequently known as Augustus, without a true military campaign but by exploiting the internal instability and conflict of the Parthian kingdom to reach a political agreement in his favour.

This diplomatic success was then celebrated as a military victory. The image of the Parthians shown on coins and iconography of the period is that of a defeated people. In his Res Gestae, Augustus wrote that he forced "the Parthians to return the booty and the standards of three Roman armies and to beg for the friendship of the Roman people". According to the Sibylline Books, the defeat of the Parthians set the stage for the so-called golden century, an aspect emphasised by Augustan propaganda which exalted the role of the triumphant princeps, bringer of peace and guarantor of imperial prosperity, favoured and supported by the gods.

On his return from the east in October 19 BC, Augustus was acclaimed by the Senate and a triumphal arch was dedicated to him. It was not the first: Cassius Dio records that three arches were built in honour of Augustus: the first for defeating Sextus Pompeus at Naulochus in 36 BC, the second for defeating Mark Antony and Cleopatra at Actium in 31 BC, the third for defeating the Parthians. The position of the arches in the Roman Forum and their forms are the subject of studies, controversial interpretations and reconstructions. Written sources, coins and archaeological remains support the most widespread hypothesis that the Parthian Arch of Augustus was erected in the southeast part of the Forum, next to the Temple of Caesar, between the latter and the Temple of Castor and Pollux.

The opposite side of the Temple of Caesar was probably the site of the Actian Arch celebrating the victory at Actium, namely the end of the civil wars of the late republican period and the consolidation of Octavian's power. Octavian adopted the title of princeps (first citizen) and was awarded the title of Augustus in 27 BC. The backdrop formed by the temple, inaugurated in 29 BC, flanked by the two arches, transformed the eastern side of the Forum, eclipsing older buildings such as the Regia and the Temple of Vesta. It testifies the victories of Augustus and appropriation of a space in the Forum for the princeps and his dynasty. The foundations found next to the southern side of the Temple of Caesar suggest that the arch had three vaults. However, iconographic sources do not agree on the exact configuration of the Parthian Arch. The forms of the Augustan arches in the Forum, as well as their disposition, mutual relationships and the reasons they were lost, are topics for analytical archaeology.

For the Parthian Arch, apart from the form of the foundations and some remains, the reconstruction of the volumes and perspectives often relies on a coin issued in Rome around 16 BC, when the mint was directed by the triumvir monetalis Lucius Vinicius. The reverse of the coin depicts the arch built to commemorate the victory over the Parthians and indicates that the basic elements of the arch were: the high central vault that carried an attic surmounted by the chariot of the triumphant emperor drawn by four horses, two lower lateral vaults with architraves and triangular pediments, each carrying a statue of the defeated "barbarian", possibly in the act of returning the standards. Many years later this arch acquired the company, on the opposite side of the Forum, of an arch of different structure and dimensions dedicated to Septimius Severus and his sons. The new arch celebrated the outcomes of the Parthian campaigns and tells a story not only of victories but also of a new conception of imperial power.